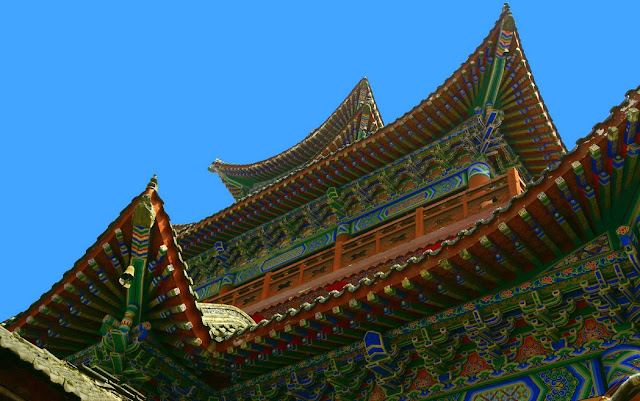 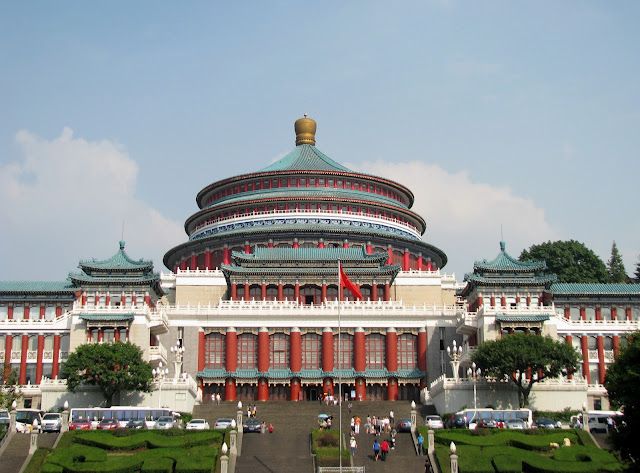 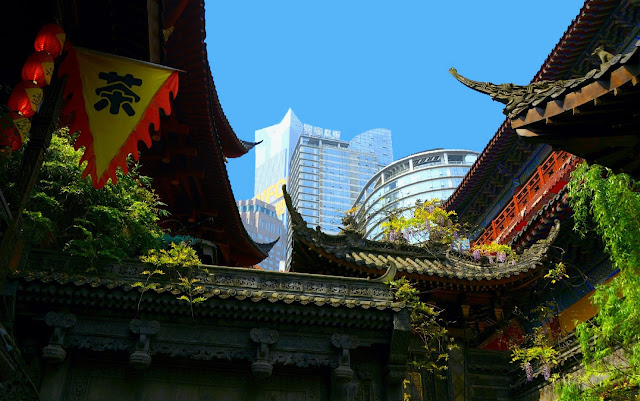 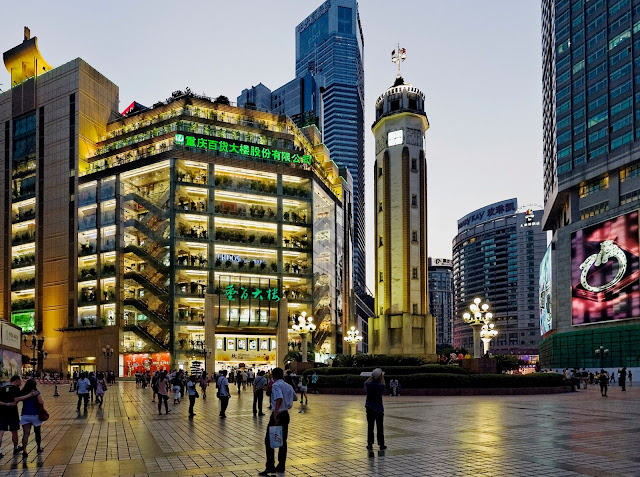 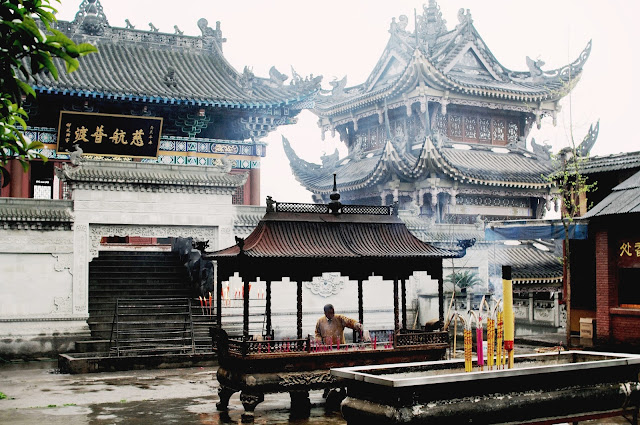 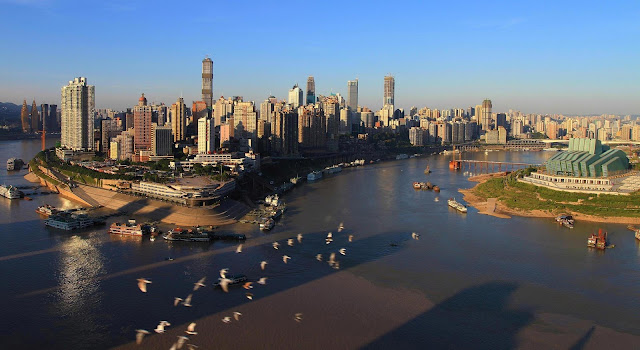 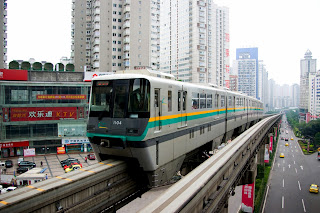 After years as a kind of understudy to Sìchuān, Chóngqìng is getting its moment in China’s spotlight.
While more or less ignored by the rest of the country since its glory days as the wartime capital, Chóngqìng’s development is now seen by Běijīng as the key to getting China’s interior up to speed with the east coast’s economic success.
Chóngqìng is being showered with money in the hopes the boom will have a ripple effect, lifting the mega municipality’s dozens of towns and hundreds of villages out of poverty.
It’s a tall order for a city of five million and Chóngqìng is going through a fascinating awkward stage. Old stilted homes cling to hills in front of gleaming skyscrapers and massive architectural projects. Stick porters loaded with goods trot underneath the soaring new light-rail system.
For travellers, it makes Chóngqìng much more than just a place to kill time before your Three Gorges cruise.
Perched on the steep hills overlooking the confluence of the Yangzi River (Cháng Jiāng) and Jialing River (Jiālíng Jiāng), Chóngqìng spends most days blanketed by fog. By night-time, however, the cloak is thrown off to reveal flashing neon and swooping spotlights.
A city ordinance against horns also means things are a lot quieter than in other Chinese cities. And with Chóngqìng’s rolling hills you’ll notice the absence of bicycles as motorbikes and cars fight for space on the city’s crowded streets.
History
In 1996 stone tools unearthed along the Yangzi River valleys showed that humans were found in this region two million years ago, a million years earlier than had been thought.
Chóngqìng (known in pre-pinyin China as ‘Chungking’) was opened as a treaty port in 1890, but not many foreigners made it up the river to this isolated outpost, and those who did had little impact.
An industrialisation program got underway in 1928, but it was in the wake of the Japanese invasion that Chóngqìng really took off as a major centre, when it became the Kuomintang’s wartime capital from 1938 to 1945. Refugees from all over China flooded in, swelling the population to over two million. The bulk of Chóngqìng’s sights are linked to this history.
In a city overpopulated and overstrained, with its bomb-shattered houses, these wartime residents must have found the name of their new home somewhat ironic: Chóngqìng means ‘double happiness’ or ‘repeated good luck’. It was originally named Gongzhou but Emperor Zhaodun of the Song dynasty renamed it in 1190 when he ascended the throne. As he had previously been made the prince of the city, he called it Chóngqìng in celebration of these two happy events. 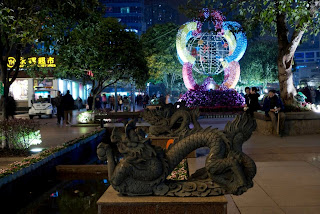 It was in Chóngqìng, under the shadow of Kuomintang military leaders, that representatives of the Chinese Communist Party (CCP), including Zhou Enlai, acted as ‘liaisons’ between the Kuomintang and the Communists’ headquarters at Yán’ān, in Shaanxi province. Repeated efforts to bring the two sides together in a unified front against the Japanese largely failed due to mutual distrust and Chiang Kaishek’s obsession with wiping out the Communists, even at the cost of yielding Chinese territory to an invading army.
For a long period the city lobbied for a special status akin to that of Shànghǎi. In 1997 what it got wasn’t quite provincial status, but the three-county area separated from Sìchuān and became a ‘special’ municipality directly under central government control.
Billions of yuán have gone into its development and a major construction boom is on in full force. Just some of the ambitious projects that may be finished by the time you’re reading this include a huge gleaming library in the Shāpíngbá district, a Science and Technology Exhibition Hall in Jiāngběi district and the 96, 000-sq-metre Grand Theatre across from Chaotianmen Sq. The government hopes the theatre will become as much a symbol of Chóngqìng as the Opera House is of Sydney. 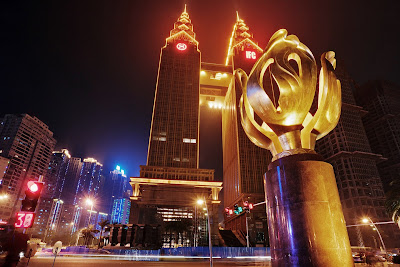 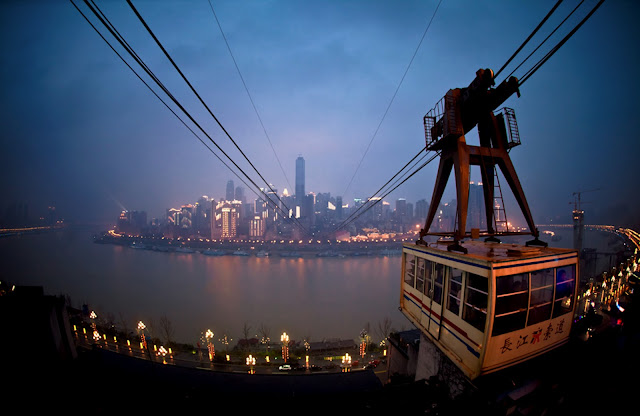 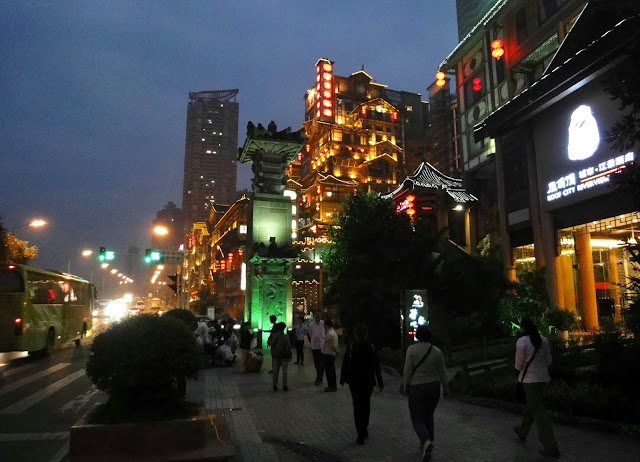