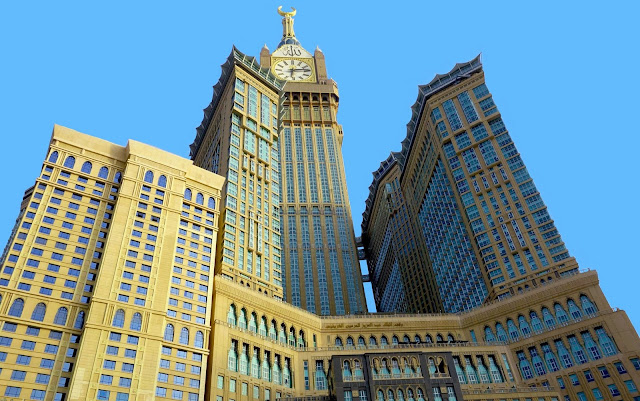 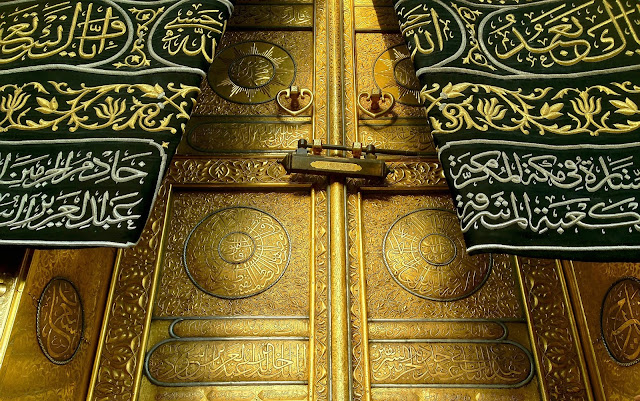 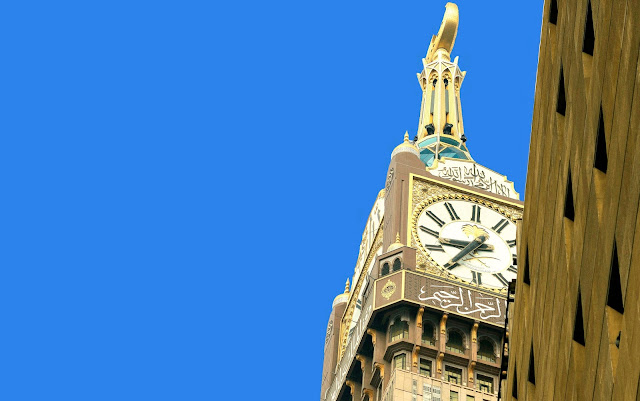 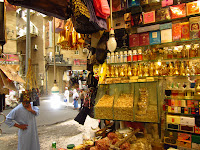 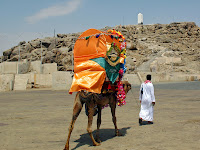 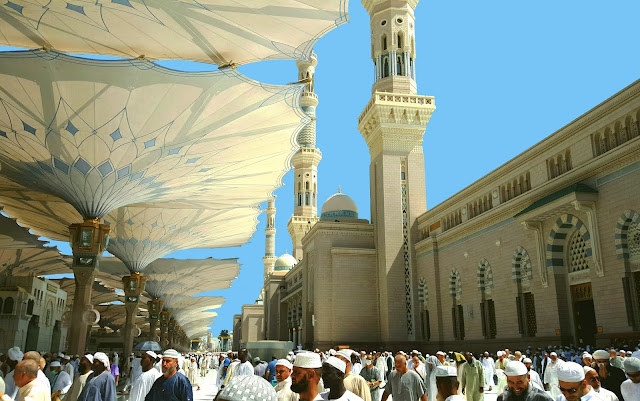 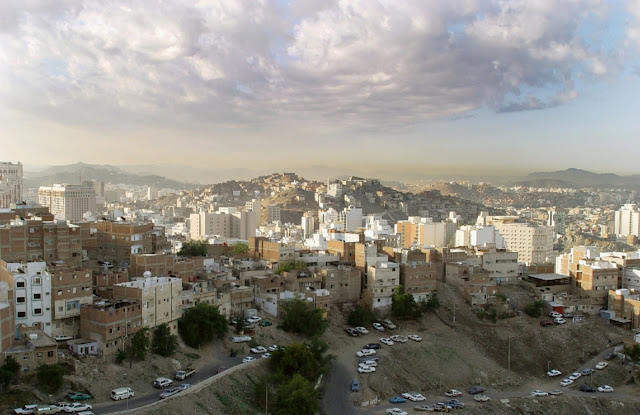 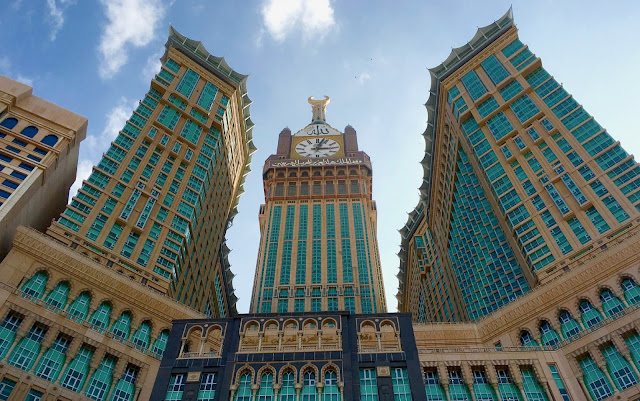 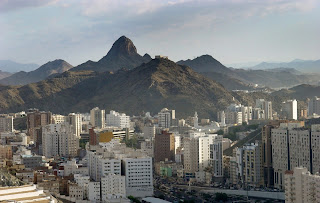 A pilgrimage to Mecca, known as the Hajj, is one of the Five Pillars of Islam, and thus obligatory for all Muslims with the physical and financial ability to make it. Over three million Muslims visit the city during the month of Dhu'l-Hijjah yearly. Visits outside this month are known as minor pilgrimages or Umrah, and while not compulsory are strongly encouraged. This is also the place where the Prophet Muhammad was born.Mecca also has a really rich history.Mecca is a really old city which was considered sacred from ancient times.It is also the birthplace of Islam and is the most sacred place for Muslims.

The government of Saudi Arabia issues special visas for those making the pilgrimage. Most pilgrims opt to use a specialist travel agency, which will handle the considerable paperwork for them, but detailed information on the strict requirements is available at the Ministry of Hajj [1]. As usual in Saudi Arabia, women must travel together with a male guardian (Mahram), unless they are over 45, travelling with a group and have their guardian's signed consent.
Visas are assigned to countries on a quota basis according to the number of Muslims they have. Recently, those who have previously been to Mecca have had additional restrictions placed on their entry, in an effort to discourage overcrowding while still accommodating those who have not yet made the pilgrimage. If the applicant was not born a Muslim, they must present a certificate testifying so, which has been notarized by an Islamic center. Usually your mosque will be able to arrange this or at least point the way.

Jeddah is the gateway to Mecca. The Hajj Terminal at King Abdulaziz International Airport (IATA: JED), used only for the Hajj, is served mostly by charter flights, although there are some scheduled services. During Umrah, scheduled services use the airport's other terminals.

There is an excellent modern multi-lane highway from Jeddah. During the Hajj pilgrimage season it is jammed with buses full of pilgrims. At any other time, traffic is extremely light for the size of the road.
A few miles outside Mecca, there is a cutoff referred to as the "Christian bypass". Turn along this highway to drive another 50 miles out of the way to reach the lovely mountain town of Taif. Taif, at 5000 feet elevation, was the former summer palace of the Saudi Kings. If you remain on the main highway, there is a police checkpoint just after the exit, where non-Muslims are kept out of the holy city.

SAPTCO runs services to Mecca from throughout the country, although most pilgrims arrive on privately chartered buses from Jeddah. There are two terminals: the main terminal outside city limits is open to all, but the city center terminal at the Haram al Sharif, used mainly by buses to Jeddah, is restricted to Muslims only. 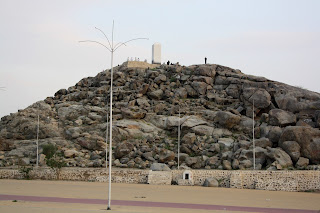 Local buses, taxis, and micro-buses are widely available in Mecca and are inexpensive. The 18 km (11 mi) Al Mashaaer Al Mugaddassah Metro opened in November 2010. A total of 5 metro lines are planned to carry pilgrims to the religious sites.

Most visitors to Mecca follow the set itinerary of the Hajj. Major sites include:
In addition to Makkah, sites involving Hajj include 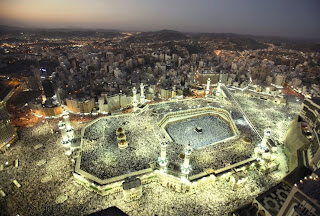 While in Makkah many pilgrims purchase trinkets to remember their time, and souvenirs to bring back to family and friends. Zamzam water is available free which is consumed in Makkah and brought home as a souvenir.
There are many Shopping Malls with local and International Brands in Makkah!You would really want to purchase the Perfume Oils known as Attars from many well known Arabian Perfume brands!Besides this you could find local shops almost everywhere in the City from which you can buy Prayer Mats,Islamic hats,Abaya,Thawbs and much more!

There are many types of food from all over the world available in Mecca, from the Middle Eastern Arab food to Southeast Asian food. There are also American fast food chains such as Kentucky Fried Chicken and Dunkin Donuts. No type of pork, ham or any part of the pig is served in Saudi Arabia as forbidden by Islamic Law.

There are numerous budget eating places,you can find many Pakistani,Bengali and Middle Eastern restaurants and there are also many Hawker centres located really near to the Holy Mosque!

You can find many International Food chains like KFC,Pizza Hut,Hardees etc.

Alcohol is illegal in Saudi Arabia. All intoxicants are forbidden by the Qur'an and therefore under Islamic Law which Saudi Arabia follows alcohol is not permitted.
Zamzam Water- holy water from the Zamzam spring in Masjid al Haram believed to be divinely blessed is preferred among pilgrims to Mekkah.
There are many tea shops that serve tea and cookies. Also many juice vendors right outside the Mosque that sell Apple, Mango and Strawberry Juice for 1 SAR. 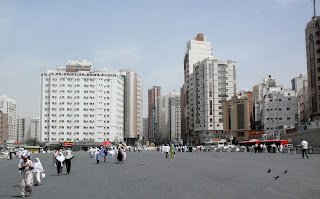 Mecca is full of hotels, from the Hilton to unknown hotels with various facilities. The price varies according to the hotel's distance from the Holy Mosque. Some of the world's greatest hotels are situated in Mecca, and are full year-round. Make sure to book early, as soon as you
know your dates of travel. 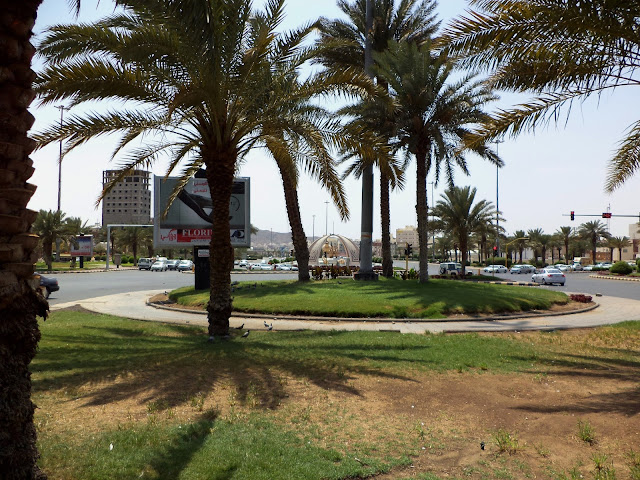 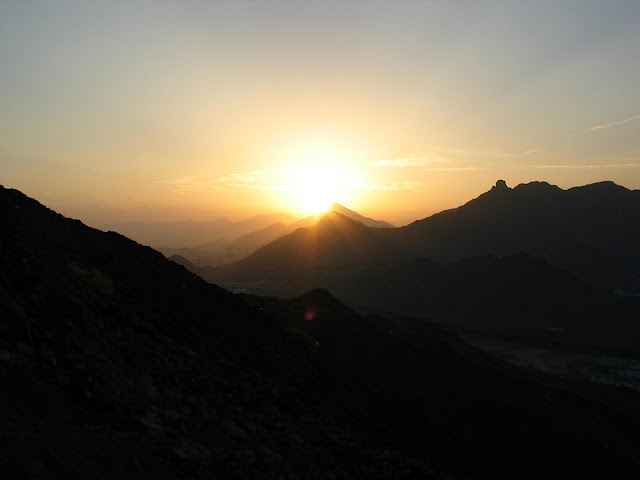